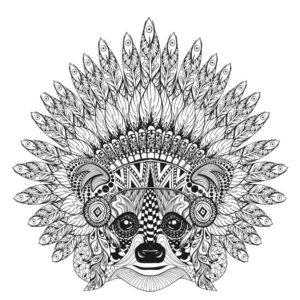 The Huaka is a series of 6 chapters that proposes a fusion of genres to tell a suspense story that takes place between Latin America and Europe. Interweaving different narrative forms and parallel timelines, it reveals a mysterious and surprising world; a challenging universe in which the traffic of archeological pieces, ancestral civilizations, secret rituals and hallucinogenic plants converge.

Guided by an enigmatic Shaman, a group of people come together to recover sacred archaeological pieces that have been looted by a powerful network of traffickers, and are currently illegally in the hands of collectors and museums.

Using the knowledge and skills of the different members of the group, they recover various sacred objects that they get to take back to the indigenous people who claim them. Due to the importance of their coups, a violent confrontation occurs with a group of European smugglers who are protected by the police. This makes them aware of the danger they are in and forces them to rethink their commitment to the mission.

But the shaman reveals to them what it is that they really seek and makes them see the transcendence of their cause:  what they are looking for can change the history of the American continent forever. 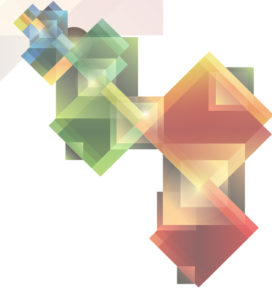 La Huaka occurs along different timelines that are interspersed in the narrative. The story takes place in different contexts, environments and countries, alternating between altered states of consciousness and the naturalness and immediacy of the present.

The serie connects with the world of ancient art traffic and with those responsible for a looting that began when the three carabels departed from Spain with Columbus. It goes to the root of the conflict that many countries are currently experiencing, in terms of whether or not to return heritage that has been plundered for so many centuries.

The rhythm varies, becomes less predictable, there are different tensions and temporal manipulation. The idea is to take the audience to a “special” state, where one travels through time and where everything can be perceived differently.

La Huaka celebrates indigenous wisdom and its ancient memory, as well as its healing powers that, using different sacred plants, create bridges between the human and the divine. Through these substances the characters will receive surprising answers and the plot will be enveloped by its magic.

The plot moves in this way through the unknown territory on the archeological smuggling world. A lucrative business that has governments holding hands with powerful collectors and white-collar criminals, willing to do anything to own the most valuable object that can be sold, regardless of the human cost to obtain it. After all, it is the greed for power  of the dangerous mafias who control the business which is the main responsible for erasing the footprints and memories of ancient civilizations around the world.

In the Huaka Universe there are persecutions in the arid Peruvian desert near archaeological sites more than five thousand years old. Or magical and peaceful ancestral ceremonies in the rainforest, traveling the Amazon in search of the right plant.

There are contrasts with intense moments of suspense along the cliffs of the coast in Galicia, or in the cold of Berlin covered by the snow of February, where the characters move through the elegant spheres of the art world, archaeological auctions, museums and rich collectors. 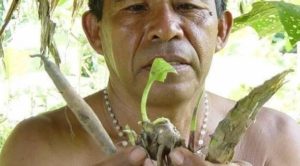 The story incorporates a varied palette of characters from different parts of the world, with different personalities and ages who became part of the conflict for various reasons.  They include the son of an important art collector, a former grave robber, a radical anarchist and an anthropology professor. Each member of the group is connected in some way to the other and each, in turn, to their own inner healing process, which gives a mystical sense to the difficult mission they must accomplish.

All the characters that integrates the “recovery group” will contribute something to the general narrative, and will have at the same time, their own development that will allow us to see the reasons why they are willing to risk everything to fulfill the mission entrusted to them.

On the other hand, among the antagonists there is a whole world controlled by powerful art smugglers who, at the point of corruption, manage to destabilize governments to get what they want. There are also high representatives of the church, harsh and dangerous fascist military, as well as hired killers who will not stop until the group is eliminated.